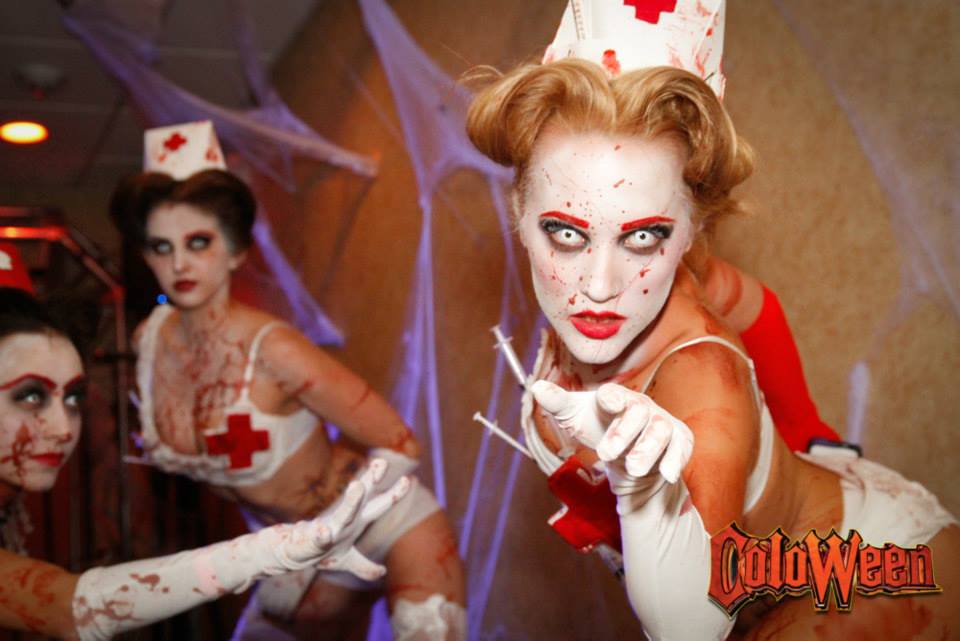 Halloween parties in Denver (and every other city) pale in comparison to Coloween, the BEST Halloween party in The Mile High City for nine years running. Now in its 10th year, Coloween 2019 promises to be bigger and better than ever before with Coloween Stanley Marketplace as the new location. The massive outdoor marketplace will transform into a Halloween hub full of spooky decor, costumed characters and devilishly good music, drinks and food. Guests are encouraged to arrive to this Halloween Denver party dressed as someone else for a chance to win the costume contest’s first place prize of $1,500. Here’s a look at what’s in store for this year’s 10th annual Denver Halloween 2019 celebration.

The Curtis Hotel in Downtown Denver used to accommodate Coloween, but because the event has blown up to staggering proportions since its inception in 2010, a larger venue became a necessity. That’s why this year’s 10th annual Coloween will take place at the 10,000-square-foot Stanley Marketplace, an outdoor marketplace home to more than 50 independently owned Colorado businesses. Stanley Marketplace’s twisty, turny corridors set the perfect stage for Denver’s largest Halloween production to take place. The new venue can comfortably fit up to 4,000 people, which is double the size from previous years! Plus, more room means more food and drink vendors, more entertainment, more highlights and more room to monster mash. Check out Coloween’s new digs yourself — order your tickets here! 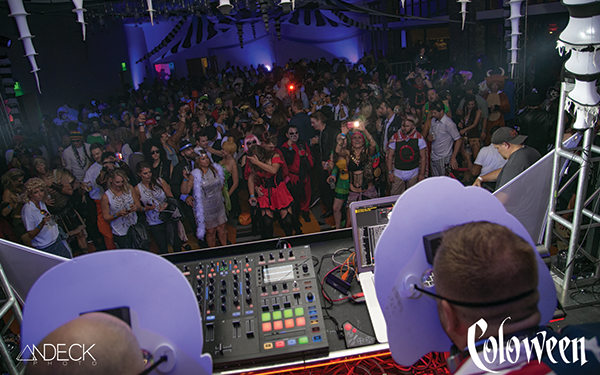 You know where the best Halloween party above sea level is taking place this year, great. So, what can you expect to see inside? A lot. Stanley Marketplace will be dressed head to toe in frightfully fantastic Halloween decor. The venue’s maze of hallways will host an array of local entertainment, food vendors and more. A mainstage at The Hanger will blast beats by one of Denver’s most sought DJs, with other turn-tables performing at satellite stages around the marketplace. When it comes to F&D, Coloween has you covered. Plus, from theatrical performances and a massive dance floor to spooky art installations, there is so much to do and see at this Halloween party in Denver.

Coloween-goers won’t go thirsty thanks to the following open bars that will operate throughout the night. First, Stanley Beer Hall: a hall home to more than 30 Colorado brews on draft. Next, The Infinite Monkey Theorem. This urban winery offers a wide and delicious range of varietals, all of which are made in house. Additionally, several food options (see below) have full bars, too. So, folks who aren’t fans of the aforementioned beverages can still enjoy something boozy to quench their thirst.

A night of dancing, competing in a costume contest and experiencing Coloween’s other cool-meets-creepy highlights will surely work up an appetite. Good thing Coloween-goers have more local food options to choose from this year than in years past. First, there’s Comida. Offering Mexican street food with a soulful flair, Comida doles out simple and small plates that pack a flavorful punch. Don’t forget to order their Watermelon Jalapeño Margarita, it’s a game changer. Denver Biscuit Company, where biscuits are the star of each dish, is another option. Get your comfort food and favorite cocktail on at this gem of a locale. For no frills, authentic Southern-style barbecue and home cooking, Rolling Smoke BBQ is your answer and (bonus!) will be running food specials all night long. 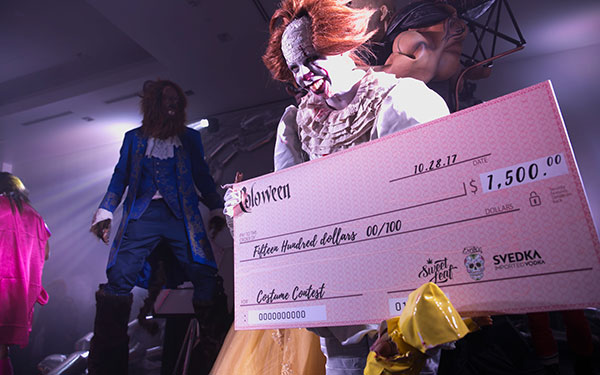 We talked Stanley Marketplace, entertainment, food and booze, but that’s not all Coloween 2019 has to offer. Denver’s SHAMELESSQUAD, a group of women who empower each other to live fiercely and passionately, will channel their inner Katie Perry and perform a theatrical number as glow in the dark extraterrestrials. Partygoers will step inside the “Stranger Things” world with an interactive installation inspired by The Upside Down. Additionally, The Goose & The Goat and Clementine’s Salon and Skincare will be open for some late-night retail therapy and grooming. Want to break a sweat? Stop by FLY Kickbox where you can punch costumed kicking bags for a chance to win additional drink tickets. Calling all parents: you are welcome to drop off your little monsters at the Neighborhood Music School. They will explore the school’s haunted hallways with other kids while you drop it like it’s hot on Coloween’s dancefloor. Last, but certainly not least, is Coloween’s epic costume contest. Whether you’re flying solo arriving as a pair (check out these scary Halloween costume ideas for couples), don your best getup for a chance to take home the $1,500 first place cash prize!

Good entertainment: Check. Delicious food and drinks: Check. A bumping dancefloor: Check. Coloween, taking place Saturday, October 26, checks all the boxes. Don’t suffer from FOMO this Halloween. Instead, order your Coloween tickets today to secure your spot at the BEST Halloween party in Denver that’ll be the talk of the town until it’s return in 2020.