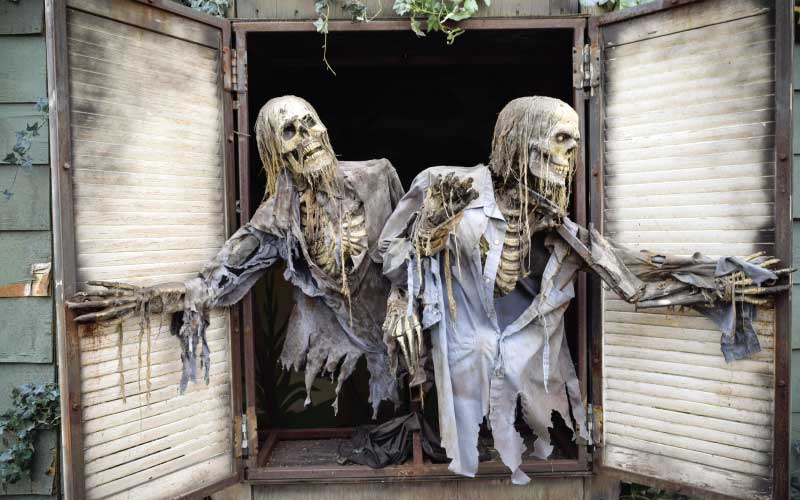 Halloween is just around the corner, and with it comes a wide range of events in Denver, Colorado. There’s something for everyone on this list–from haunted houses to adult Halloween parties like Coloween at Stanley Marketplace. With so many options available, you’ll never be bored!

The Rocky Mountains may be one of Colorado’s most scenic features, but that doesn’t mean it lacks a sinister side too. The best haunted houses dot this state–some more famous than others–and lucky visitors can even take haunted house tours during the Halloween season! For those who want their scares served with a healthy dose of history, there are also plenty of haunted museums full of gruesome old-timey exhibitions on display.

What makes a top Halloween event? The Production Value

Is a key part of what makes for the best haunted house. The actors who play out the scenes need to be believable, with realistic costumes that make them look like real ghosts or ghouls. In addition, props such as cobwebs, mannequins, or severed heads in various states of decay are also crucial.

The production value is a key part of what makes for the best-haunted house. The actors who play out the scenes need to be believable, and they should also have realistic costumes that make them look like real ghosts or ghouls. In addition, props such as cobwebs or mannequins in various states of decay are also key.

The scariest haunted houses are typically not in the suburbs but can be found right outside a major city. The scariest houses generally are located in some abandoned building or business next to a major highway.

Young kids may enjoy haunted house hayrides, but most of the scariest ones will not be suitable for children. Haunted houses should generally only be visited by those who can legally drink alcohol and have a strong immunity from being scared.

As October comes to a close and you have experienced top haunted houses, it’s time to party! Coloween is the perfect adultHalloween party for those who like to keep things classy! Top EDM DJs spin a mix of electronic, hip hop, and top hits while elaborate decorations to experience the best Halloween party in Denver!