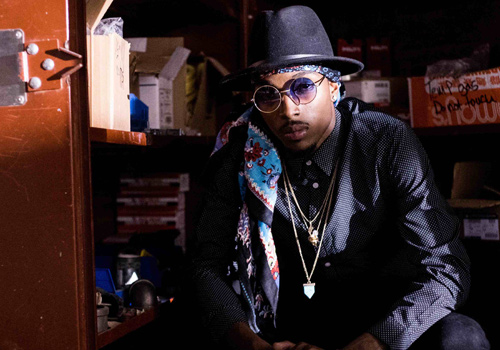 Pries sets the bar for other acts to met. The Denver musician, rapper, producer, singer, designer, and performer is a breath of fresh in the steadily over saturated world of music. His catchy hooks, impeccable verses, and stage charisma can captivate any audience in front of him.

After being discovered and shadowing Atlantic Records based producer DJ Frank E at the age of 18 for two years, Pries uncovered his own unique style and image. Collaborating and performing with the likes of Kid Ink, Machine Gun Kelly, Lupe Fiasco, J. Cole, and many more, the young MC has created a colt like following of fans and supporters. Accomplishing heights many can only wish to reach like gracing Billboard’s Top 100 Emerging List, his very own Pandora Station, VH1 music placements, 2 million Youtube Channel views, and a headlining tour all in his own efforts, Pries is right on track to becoming the next big Pop/Hip-Hop act of his generation.