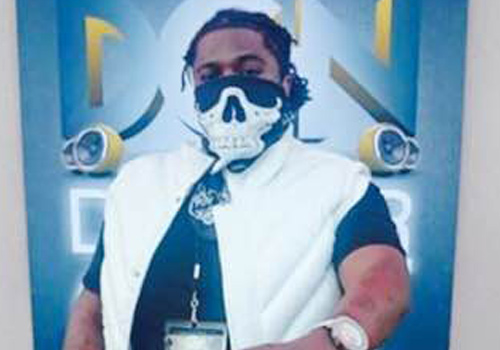 Boss Goodie, Tyrone Adair, born in humble Pine Bluff, Arkansas made his start in music at the ripe age of 12. Even with the support of his family and friends, Goodie learned to overcome his fair share of challenges in letting the world know that he had a voice. This only fueled him to represent the importance of staying true to yourself in the music industry and bringing the people the very essence of Boss Goodie. Now taking the Denver music scene by storm he has proven that consistency is key. An undeniable talent, Goodie brings us the unconventional concept of universal inspiration. Influenced by all genres of music and drawing motivation from his upbringing and infinite types of energy surrounding him, every audience can easily find common ground in his message. Goodie’s most notable live performances include the Bluebird Theater, Atzlan Theater (opening for E-40), The Roxy (opening for Mims), Casselmans (opening for Gorilla Zoe) & Lil Boosie, Club Opal opening for Bushwick Bill & Chalie Boy, Herman’s Hideaway in Denver, and The Pale Horse in Colorado Springs (opening for Yung Joc). Already receiving critic’s approval as a game changer amongst Denver artists, his most recently released project, “Goodlum,” can be found on iTunes now. Goodie is soon to be a household name defining the meaning of a real artist in an industry that has been yearning for an honest identity. Official website: www.GoodlumRadio.com Soundcloud: www.soundcloud.com/bossgoodie