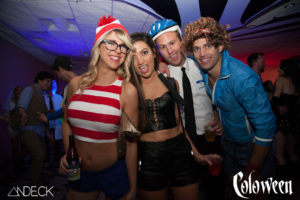 All Hallows’ Eve — better known as Halloween — brings all the party-monsters out to play. Originally a Western celebration, Halloween has spread throughout the world becoming one of the best excuses to dress-up in costumes and party your inhibitions away. While each region has its own take on Halloween, Coloween has become one of Denver’s top Halloween parties in 2016. The wildest Halloween parties and haunted houses in 2016 are located around the globe.

Halloween is a rowdy Holiday celebrated in regions all over the world. While Coloween is a Denver Halloween party locals talk about year-round, many of the craziest parties are found in other locations. A few spots known for their incredible Halloween parties include Mexico, Ireland, London and Hong Kong. 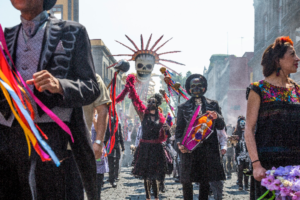 Día de Los Meurtos, or Day of the Dead, is a Mexican holiday that begins on All Hallows’ Eve — the 31st of October in honor of those that have passed away. One of the most bad-ass elements of Día de Los Muertos are the sugar skulls found on virtually every face in attendance.

You may have heard, but the Irish know how to party. The nine-day festival named “Samhain Night” is known for harboring medieval ghosts, haunted houses and other urban legends. The Banks of the Foyle Halloween Carnival in Derry City is the largest Halloween celebration in Ireland.

Many believe Jack the Ripper still haunts the streets of London. England celebrates Halloween as All Saints’ Day, and the pubs and streets go mad with people in costumes. With a fairly sinister history, London makes an appropriate destination for a spooky Halloween experience. 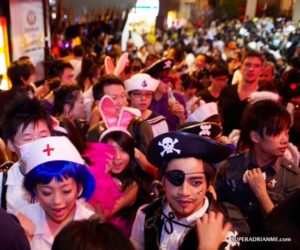 Known for being the Halloween party capital of Asia, Hong Kong completely transforms itself on Halloween. The streets are flooded with people celebrating “Yue Lan” — Festival of the Hungry Ghosts — and giving gifts to the dead.

While it may not be the biggest Halloween party in the United States, Coloween is among the top in the nation — and definitely the largest in Colorado. The open bar / hotel-takeover / costume contest / Halloween party has become one of Denver’s the most anticipated parties of the year.

The Collective 360 works hard to make Coloween an unforgettable Halloween experience. We’re proud to be publicly recognized as one of the best Halloween parties in Denver. The Denver Post, Westword, CBS, Channel 7, 9 News and countless others have rated Coloween as the top Denver Halloween Party for eight years running. While it’s not the scariest haunted house in 2016, the open bar and gorgeous crowd certainly makes Coloween the most fun. 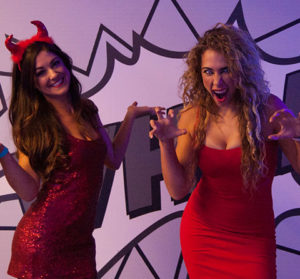 Located in the heart of Downtown Denver, The Curtis Hotel is the ultimate venue to host the best Halloween party in Colorado. Coloween at The Curtis is an elite Halloween experience that has everything you need to keep the party going all night, including three large ballrooms, themed guest rooms, haunted house décor and two-full floors dedicated to the event. Be sure to enter into the famous Coloween costume contest — hosted by Playboy Playmate Tiffany Toth — and enjoy multiple OPEN BARS, festival-quality sound and audio, live local musical artists and much more.

Purchase your tickets to Coloween 2016 before prices increase — or tickets sells out — to secure your place at one of the best Halloween parties in 2016. Still looking for a good costume idea? Be sure to check out Tiffany Toff’s sexy Halloween costumes as well as the Tackiest Costumes for 2016.